No property tax increase and no hike in the sewer or water rates are proposed in the Danbury budget for the coming fiscal year.  Mayor Joe Cavo presented his budget plan to the City Council at their monthly meeting last night.

The $267-million budget includes little more than $137-million for the schools. The proposal would increase overall spending by $5 million.  It's also $12 million less than the Board of Ed requested. Education spending though comes in at $145.5 million when other sources, including federal grants, are included. 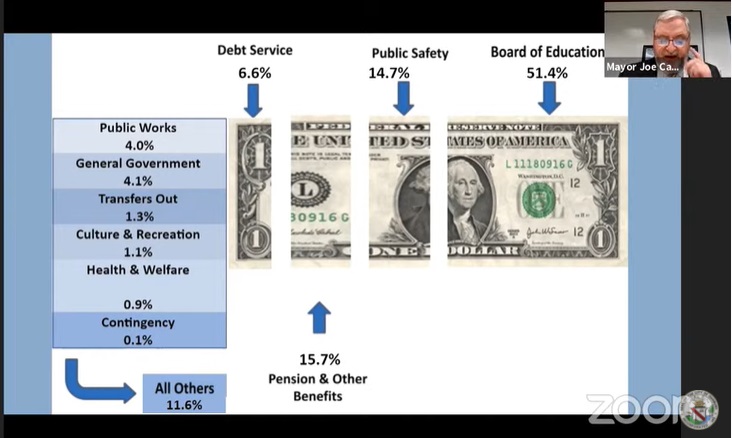 Some federal money from the CARES Act is included in the overall budget proposal, mainly for the schools.  City officials are still waiting on word about how much and what kind of allocation can be made from the recently approved American Recovery Act.

If approved by the City Council, the City's mill rate would remain at 27.6, where it's been for the last couple of years.  The Downtown Special Services District rate is proposed at 2.31 mills.

Cavo has also proposed $3 million dollars in capital improvement projects.  That includes $1.25 million for paving, drainage and road improvements.  There's $500,000 proposed for Fire Department facilities improvement and planning.  The rest of the money would be used to replace generators, underground storage tanks and public services equipment.

Members of the Council will then go section by section through the budget before voting next month.